The role of Vitamin D in preserving health

Home / Blog » The role of Vitamin D in preserving health 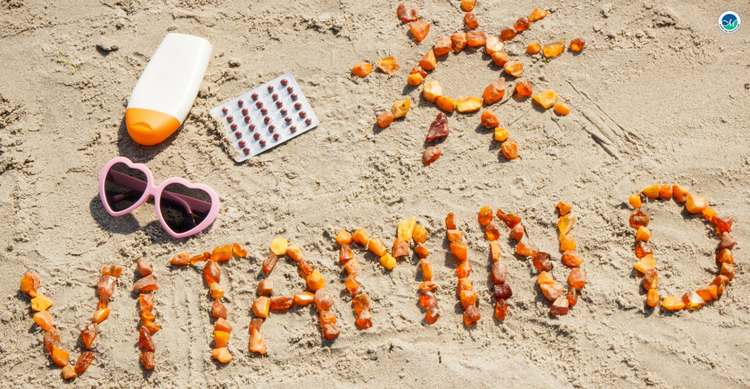 Vitamin D is part of a group of fat-soluble vitamins which can be obtained from a few foods, sunlight and supplements. The main role of Vitamin D is to assist in the metabolism of Calcium and Phosphorus and also in mineralization of bones. Till now, different forms of Vitamin D have been discovered, namely Vitamin D1, D2, D3, D4 and D5 respectively.

Vitamin D Deficiency – Reduced dietary intake or inadequate exposure to sunlight can lead to a deficiency of Vitamin D in the human body. Some studies have defined deficiency as a serum 25-hydroxyvitamin D level of less than 20 ng per mL (50 nmol per L), and insufficiency is defined as a serum 25-hydroxyvitamin D level of 20 to 30 ng per mL (50 to 75 nmol per L). In case of insufficient Vitamin D levels, 25 hydroxy- cholecalciferol was brought to the kidney and thus the kidneys cannot respond naturally and they fail to connect with blood calcium. The levels of calcium phosphate crystals begin getting low and hence form less soft tissue in the body. Less calcium from the circulation also creates the bone releasing all available calcium, for normality of blood calcium level. The bones, as a result, turn soft and bendable. Calcium in the bone activates the action of the osteoclasts and works as a synthesizer to the bone as well. But Vitamin D deficiency can cause dematerialization the bone. Some significant symptoms are bone pain & soft bones, frequent bone fractures, bone deformities or growth retardation in children.

The deficiency in Vitamin D may lead to chronic pain and lower extremity weakness in people. It can negatively affect bone development and human health. The prevalence of Vitamin D deficiency has been reported to be 21 % in adolescents and 58 % in adults, 54 % in homebound older adults. However, the signs and symptoms of Vitamin D deficiency are insidious or nonspecific. During the last decade, Vitamin D has been linked to a very wide range of diseases with sufficient evidence emerging for fractures, cancers, cardiovascular diseases and from altered immune function.

For prevention of the problem of Vitamin D deficiency in some geographical regions, e.g., countries in Southern Europe and the Middle East, public measures should be undertaken, such as increasing the use of fortification of foods such as Milk along with Vitamin D supplementation to high-risk groups. As we know that Vitamin D deficiency will constitute an adverse effect on our health, consequently we should much attention to avoid having skin cancer by overexposure to sunlight. It is highly recommended to seek advice from experts in connection with the Vitamin D intake in case you start to exhibit any of the signs and symptoms of Vitamin D deficiency.